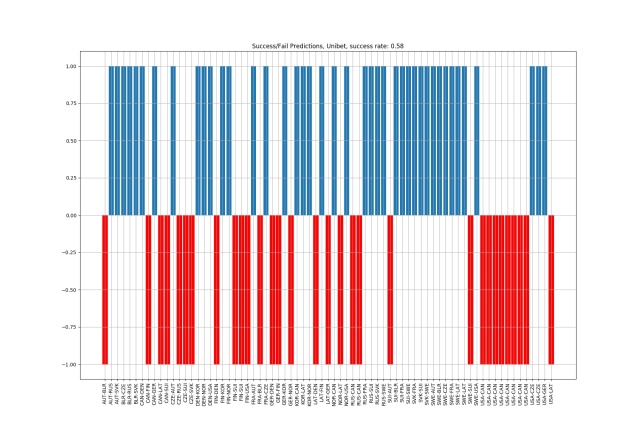 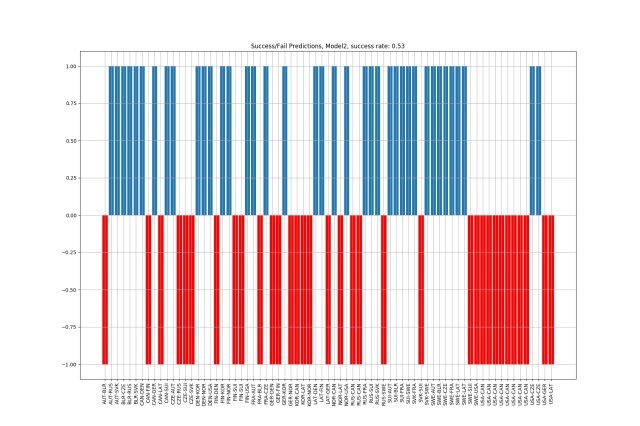 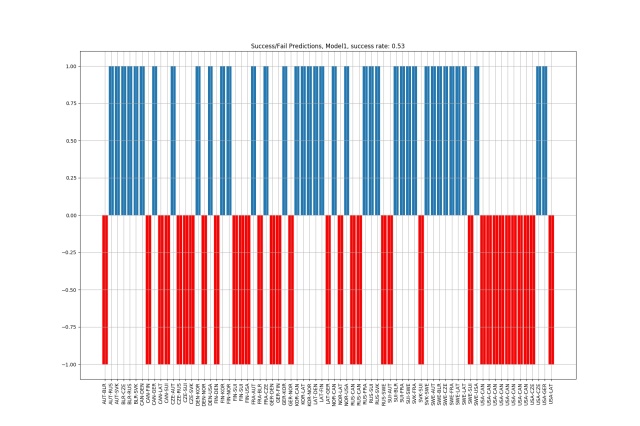 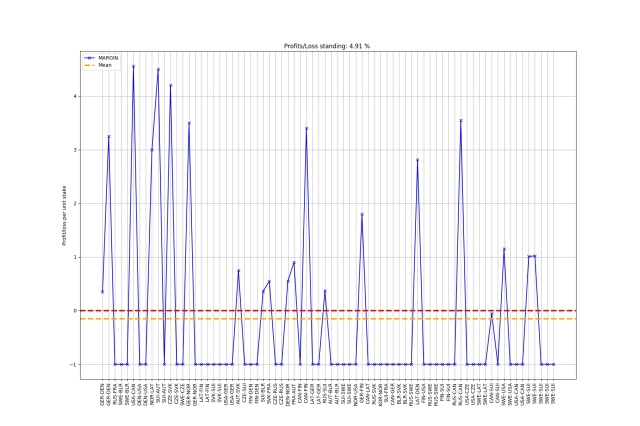 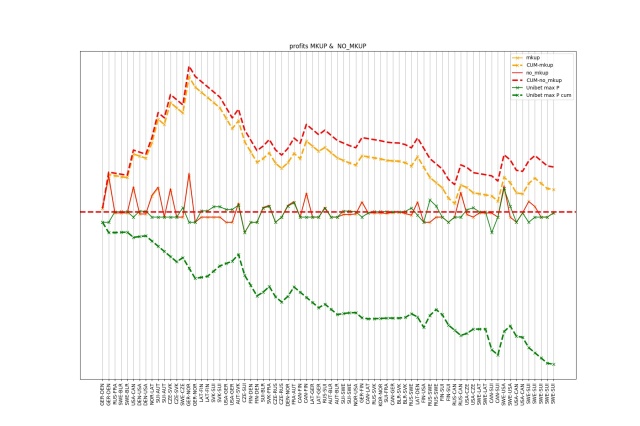 As my readers know, over the past few weeks I’ve been conducting an experiment:

For this experiment, wrote a Python based Bayesian Inference Engine, which fundamentally uses two main sources of information: historical game results and the official IIHF rankings table. Based on those two sources of information, the engine will come up with probalities for the outcomes of each of the 64 games in the tournament.

It is also important to state that I know absolutely nothing about contemporary ice hockey, I don’t know the teams nor the players,I have  not been watching ice hockey for at least 15 years, my interest in the game is zip & nada, so my own knowledge about ice hockey is pretty much zero. That means that I have not used any other information in my experiment, than the historical game outcome data and the official rankings. The predictions, and the betting resulting from those predictions are thus solely based on what the inference engine predicts in terms of outcomes.

So, with these premises, how did the experiment go ? Is it possible, even without any own interest or knowledge about a sport, to make a living as a professional gambler…?

The tournament consisted of 16 teams and 64 games. My inference engine predicted the outcomes of each of these games, and I placed bets, one or more, on most of the games.

Withouth revealing the actual sums involved, here’s the results, both financial and for the predictions:

So, over the past couple of weeks, I made 21% profit on top of my investment. From a financial perspective, that’s an ok ROI, and hadn’t this been an experiment, but a real attempt to make money, the profit would very likely been (much) higher: now, because of the experimental status, I’ve placed many “stupid” bets in order to see what happens,  bets which I wouldn’t have placed in a production scenario, where the sole objective would be to make money, not making experiments.

What about the performance of the Python based home made inference engine, then…? Actually, it performed much better than I hoped for: until the last few somewhat surprising games in the final rounds, the hit rate was around 63%, with Unibet at the same time being at 67%. Due to a couple of surprising outcomes, e.g. FIN-SUI and CAN-USA, my hit rate dropped to 53%, compared to Unibet’s final 58%.  So, my home made  program performed about 5 pct points worse than the prediction engine of a professional, huge betting shop, with zillions of computing power as well as zillions of experts, studying and knowing every aspect of each team and game.  Better yet, the engine performed well enough to allow me exit the experiment with a 21% ROI, i.e “winning over the betting house”, which is the real measure of success/failure.

So, in summary, to answer the question “Is it possible to make a living as a professional gambler using scientific methods ?”